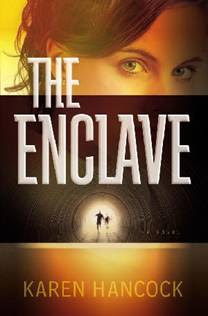 Cameron Reinhardt is an idiot!
Yes, he had a PhD from Stanford. Yes, he was widely acknowledged as a brilliant geneticist. Yes, Director Swain called him the field's brightest rising star, the Institute's greatest asset, and a fabulous hiring coup. But this wasn't the first time Lacey McHenry wondered how the man managed to to get up in the morning and make it to his office fully clothes.
She stood in the frog room's open doorway, a large, rectangular steel tank hulking against the peach-colored wall across from her. One of its three hinged covers stood open, propped back against the wall. Live frogs and toads scattered the concrete floor beneath it, watching her with bulging golden eyes; more of them had trailed slime onto the gleaming floor of the corridor behind her in their break for freedom.
Apparently Dr. Reinhardt had come in sometime that afternoon and forgotten to close not only the lid but the door, as well. She pictured him collecting his subjects and hurrying off to his wet lab at the hall's end, heedless as a teenaged boy. Never mind that all the remaining amphibians could and did escape; never mind someone else would have to clean them up.
Surely he was living proof that a man could be a genius and a moron at the same
time.

So begins The Enclave by Karen Hancock, the featured novel in this month's Christian Science Fiction & Fantasy Blog Tour.
Hancock wastes no time. The opening paragraphs set up preconceptions that are knocked down as the story progresses, and by the end of the first chapter, there's action critical to the plot.
I was amused by the escaping amphibians; they reminded me of the mice and guinea pigs that scamper the university halls in the opening scenes of "The Infinite Worlds of H.G. Wells", a 2001 miniseries that tells the "truth" behind six of Wells' short stories. However, there's a chasm between the views and beliefs of the real H.G. Wells, and those of the two scientists we follow through the twisty story of The Enclave.
Lacey and Cameron are scientists who are also Christians -- she nominally, he practicing -- working for the prestigious (and fictional) Kendall-Jakes Longevity Institute outside Tucson, Arizona. As they each begin to question events at the institute, and the uncertain ethics of the founder's methods, their faith becomes more and more central to the conflicts in themselves and in relationships with other characters.
There is another set of characters critical to the institute's function, but most of them don't know it.
Minor spoiler (highlight text by holding down mouse button and moving cursor over the white space): Readers who have also seen the film The Island will guess right away the secret of the Enclave. However, knowing who this group is does not by any means give away the story.
A few of these innocents discover the truth, and they could be considered the true protagonists, because they are the catalysts, the ones around whom the whole story revolves. Without the actions of these rebels, Lacey and Cameron might never learn the truth either, and Lacy might even succumb to the pressures and lies of her peers and superiors.
Many times, even while working for other Christians, I have been placed in positions of moral ambiguity, experienced pressure to just go along with the prevailing viewpoint or method, and been mocked for holding true to my beliefs. Others who have walked a similar path may find themselves mirrored in this story, or may nod their heads as they read certain portions, recognizing situations from their own lives.
The Enclave is science fiction, but it contains much truth, and that's a great combination.

No need to enter me. I agree that this theme has been done secularly in the sci-fi world a few times, there's another major film I could name here but don't want to do a spoiler, starts with a 'G' though :).

It's still a worthwhile read, I enjoyed the pacing.

I think the idea of a religious, cultic community changes anything a secular writer may have done (though I'm unfamiliar with the title you mentioned). I found that to be especially valuable.

Thanks for the very kind review, Keanan. I'm glad you enjoyed the book. I had forgotten about The Island until someone else mentioned it on the tour. I enjoyed that movie quite a bit for the way it echoed how the world system treats us all. The truth is quite opposite what the world says.

Oh, me! I want a copy! I have one, of course, but I have to give it away; and the ARC I got for review has typos and will probably fall apart after a few more people read it (I have eleven younger siblings, so a few more people WILL read it).

Thanks for your comment on my blog. Yup, definitely sucked along. I was pretty interested in Cameron and Lacey and the Frogeater, but as soon as Zowan and company came into the story, I was entirely hooked.

Interesting comments. There's another one that starts with an "I" that comes to mind. :) Oh I see as I read on that Karen actually named it. LOL

Nice review, Keenan...I also liked the way Cameron's challenges at work in an environment hostile to his faith were portrayed.

I don't need a contest entry either, but thanks!

Thanks for stopping by, everyone!

Karen, thanks for commenting, and for writing a compelling and thought-provoking story. (I'll have more to say about it later today.)