Home Again, Writing Like Mad, and Asking for Your Vote

That loud gasping sound you just heard was me sucking in air. I've been underwater for a few days, but am finally coming to the surface.

Thanks to Thanksgiving (chuckle, chuckle) and all the travel associated with it, I'm way behind in my noveling for NaNoWriMo, but have today and tomorrow to come up with just over 9,000 words and sprint to the finish line.

And One Last Edit, 11:00 p.m.: I made it. But I'm so tired, I can't even be excited about it. My fingertips hurt. I am writer; hear me whine. Actually, this is the first year I crossed the finish line, and though the manuscript -- I use that term loosely -- is a hodgepodge of random scenes and dialogue that doesn't always finish a complete arc of thought, I have the skeleton of a story. A month from now, I may scrap it all and start over; but, for now, I like it.

So, if you'd like to help boost Dragon's Rook to the top of the contest stack, you can find it in Poll #2.

There are so many entries, they had to be split into two lists. Check out all the other interesting novels also submitted in the contest. There were so many I liked, I voted for fifteen of them to advance to Round 3. 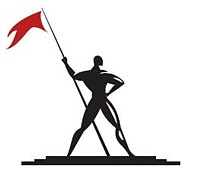 Better be quick! This phase of the contest ends Monday (November 30).

Further Notes from the Hinterland

All right, I confess. My NaNo novel has vampires.

No, no, no -- nothing Twilight or Moonlight or Forever Knight or Angel or romantic about 'em.

Think more Dracula, but less with the hairy palms and sleeping in boxes of Transylvanian dirt.

I can't say more, because
1) I don't want to lose my creative momentum,
2) I don't want to give away the story (and if I start talkin', who knows where I'll shut up--yep, I said where, because I can wander all over the conversational landscape),
and
3) I honestly don't think anyone's ever written anything quite like this before, and I want to keep it to myself. Until it's published, of course.

Notes from the Hinterland

I'm one of "those" writers participating in National Novel Writing Month (see post below), and thus have been absent from the blogosphere.

But I can't blame all my absence on writing. It seems that four days away from the office can put me eight days behind at work.

So this post is me coming up for air. Or, more aptly, sending a postcard from the wilderness, letting folks know I have encountered monsters and survived.

I'm not quite to the halfway point with the NaNoWriMo novel, so I hope to get there and beyond this weekend. Once I do, I might reward myself with a walk to the post office, or a little yardwork, or almost anything that gets me away from this computer.

Note: For a fun bit of literary trivia, check out the recent entry at the blog of one of my favorite authors, Will Thomas, and read about a couple of my other favorite authors, Rudyard Kipling and Sir Arthur Conan Doyle. Fun stuff!
Posted by Keanan Brand at Saturday, November 14, 2009 No comments:

National Novel Writing Month -- NaNoWriMo, or just plain NaNo to us geeks -- is open for business, and only the insane need apply.

-word novel in 30 days, I am ahead of the daily goal: by this date, the manuscript should be between 13,000-15,000 words, and I'm a few thousand beyond that. However, if I don't stop doing other things, like chores or photography or watching my television shows online because I missed them all week, I'll be slipping into a deficit.

Now, there are others of the writing ilk who despise November -- not because they dread trying to cram all those words into so short a span of time, but because they don't see the point. Or they don't like the pressure. Or they are editing their manuscripts for publication. Or they're about to head out on the road for a book-signing tour.

Or they have real jobs.

Or they'd rather sit around watching television shows online. (Note to self: Hulu is not your friend.)

I used to sit out, too, until I was so frustrated with all the writer's block that I decided to just break down that wall and do something totally crazy. Something that didn't require me to examine every word or idea, but to simply slap words on paper and tell myself a story I enjoyed.

Nor the next year.

As usual, the story is bizarre and unrealistic, and other projects lay abandoned -- but only temporarily -- while the excitement for the sheer act of telling a story is coming back.

Gotta work myself up to it, though.

Let me just settle in on the couch, bring up the Internet, and catch a television show or two while I think about what to write next.
Posted by Keanan Brand at Sunday, November 08, 2009 No comments:

I returned home last night from Texas, where I stayed in a hotel just down the road from Fort Hood. My original post on this topic was short, written and posted just as news reports were being broadcast about the shootings, and is included below.

I won't comment on the shooter or delve into my own thoughts or emotions, except to say that most of the flags I saw were flying at half-mast, as Governor Perry ordered they be through Sunday. However, there were still some flying top-of-the-pole, and that angered me.

Even across the border in Oklahoma, flags were lowered in honor of the dead.

I'm in Killeen, Texas, for job-related training, and am currently watching the news regarding a deadly shooting on Fort Hood: at least 2 shooters -- 1 in custody, 1 still at large -- and 7 dead, with 20 or more injured.

I work for a Boys & Girls Club, and many of the other folks here at the session work at Clubs on-base or near base. Not only do they work with kids whose parents are injured or killed overseas, now they have this tragedy.

As might be expected, despite the fact that the afternoon classes were still in session, most peoples' attention was glued to televisions, and to Internet feeds on cell phones and laptops.
Posted by Keanan Brand at Thursday, November 05, 2009 No comments:

NaNoWriMo, and I hope to run a steady race this year.

Tuesday, I and three coworkers head to Texas for job-related training. The plan is for me to do as little driving as possible so I can write. We'll see how that one plays.

At the hotel and the conference site, I shall seek out nooks and corners to hide in so that my relentless typing and occasional maniacal laughter does not disturb the wildlife, ahem, the people around me.

Instead of tackling fantasy or science fiction, as I'd planned a month ago, I'm working on a thriller/horror idea that's been haunting me for two or three years. As a submissions reader for a horror magazine, I need to hone a few scary skills of my own.
Posted by Keanan Brand at Sunday, November 01, 2009 3 comments: