Excerpt from The Returning:

ither his eyes were failing or the shadows were alive. 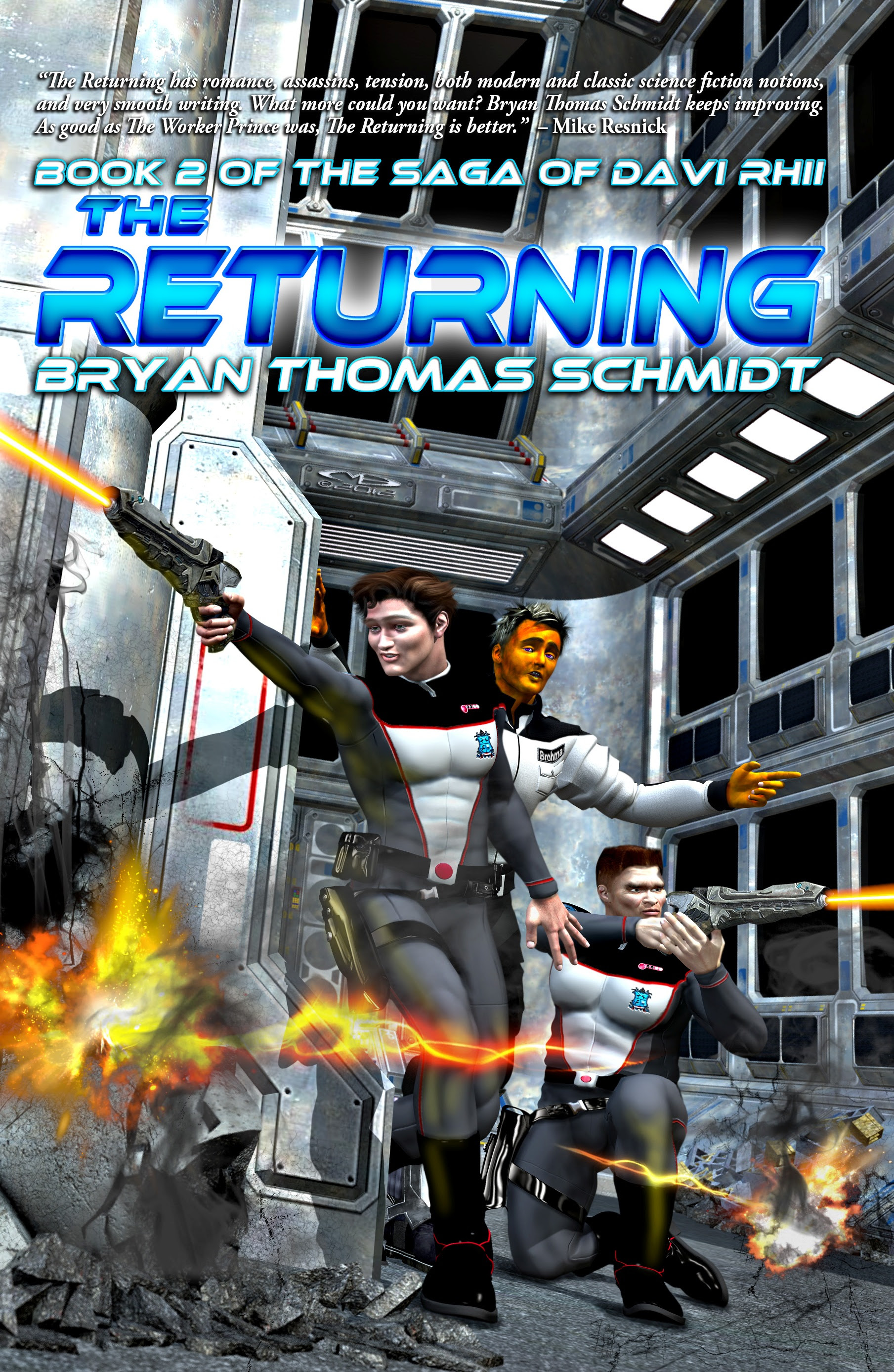 Dru blinked as he listened to his fellow cadets breathing and snoring around him. He lay at the center of a row of seven bunks with seven more lining the opposite wall. All twenty-eight were occupied and no one else seemed to be stirring.
As he lifted his head, he saw a dark shape like a shadow, slinking down the center aisle. The figure moved quickly, sliding between the bunks on the opposite wall and leaning over one of them. He saw a sharp movement. Did the shadow have four arms? Who could it be? His mind raced for answers. His clothes stuck to his body, an odd feeling. He never sweated at night. There was a gargling, then he watched as the shadow shot upright and ran back the way it had come. Dru heard wheezing coming from the bunk and sat up, planting his feet on the floor. What was happening with Cadet Kowl? He jumped up. “Kowl, are you ok?”
No sign of the shadow. A metallic smell filled his nostrils. Others stirred around him. He heard a click as reflector pads flicked on overhead.
Dru gasped and stepped back as he stared down at Cadet Kowl's slashed throat as blood drained from it into two pools on either side of his bunk on the floor. He shivered, a sudden chill coming over him.
“Gods! He's dead!” The cadet behind him sounded as shocked as Dru felt. Cadet Walz was it? Dru couldn't remember. Then chaos erupted as someone pulled the alarm and he was shoved aside by arriving instructors.

In Bryan’s second novel, The Returning, new challenges arise as Davi Rhii’s rival Bordox and his uncle, Xalivar, seek revenge for his actions in The Worker Prince, putting his life and those of his friends and family in constant danger. Meanwhile, politics as usual has the Borali Alliance split apart over questions of citizenship and freedom for the former slaves. Someone’s even killing them off. Davi’s involvement in the investigation turns his life upside down, including his relationship with his fiancée, Tela. The answers are not easy with his whole world at stake. 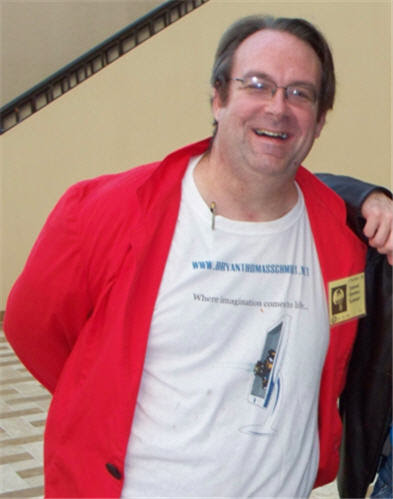 Bryan Thomas Schmidt writes science fiction and fantasy, not only for grownups but for children, too.

His goal? "To write family friendly, fun stories both parents and children can enjoy which inspire wonder and a desire for adventure and a lifetime of learning. To write the kinds of stories that inspired me when I was growing up, safe stories with fun, admirable characters, interesting worlds, humor and action that you can’t put down and won’t easily forget."

He hosts #sffwrtcht (Science Fiction and Fantasy Authors Chat), a live chat with science fiction and fantasy authors, editors, etc., on Wednesdays at 9 ET on Twitter. #sffwrtcht also posts interviews and reviews on a blog, as well as at SFSignal, Grasping For The Wind, and other sites.

One of Bryan's favorite quotes is this: “Concert pianists at the height of their fame practice every day, why shouldn’t writers?” – John A. Pitts

And, indeed, he's one of the steadiest writers I've encountered, whereas I am not so steady, writing when I can, schedule be damned. That's probably why he has far more fiction in print than I do. (There's a lesson in here somewhere, kiddos.)

A member of SFWA, ASCAP, and CCL, Bryan is also available for conferences, and he moonlights as a freelance editor. He can be reached via his website, where readers can catch up on his blog or SFF Writers Chat, buy his books, and read excerpts of novels.