And so we conclude this interview with Dave Farney and Adrian Simmons, the editors of Heroic Fantasy Quarterly, with a final round of questions and some interesting answers:

Adrian: As pedestrian as it sounds, I really enjoy finding great S&S stories and putting them out for people to read.

David: Before we started HFQ, we used to joke about the editorial gig being our path to Supreme Being-ness. (You’ll have to supply your own sinister laugh.) But in the end, editing and producing HFQ is everything I thought it would be: a ton of work. As Adrian said, discovering great new stories is easily the best thing about being the guys behind the curtain.

7) How has being an editor changed you as a writer? (Do you view it or approach it differently now? How do you apply what you've learned as an editor?)

Adrian: The value of those first few paragraphs can’t be emphasized enough. But that has to be balanced out by the cold hard fact that there is a lot more that goes into getting a “yes” than a good story well-told submitted to the right market. The longer I’m at this, the more I see luck being the lion’s share of the ingredients to success.

David: I’m not approaching my own writing any differently. In fact, I’m a little surprised that the stories we tend to like kind of contradict the things I’ve learned about submitting — you know, where one’s manuscript should be grammatically correct, perfectly formatted and all that. For the most part, the stories having that sort of shiny curb appeal tend to be the most boring ones we receive.

8) For the benefit of the civilized masses — as opposed to the barbarians who believe every good story should involve swords and a good fight or three — what's the appeal of heroic fantasy?

Adrian: The appeal is that it is fun to read. If done right, it is reading that you can experience, you can really feel it. And, like all good writing of any genre, if done really-really right, it sticks with you.

David: For me, it’s that heroic fantasy tends to be fast-paced with lots of outward focused characters. For some reason I think fantasy — and adventure fantasy in particular — works better when there’s not a lot of handwringing or personal inventory taking place. I don’t know what my disconnect is here, because I do enjoy those traits in contemporary or mainstream literature.

9) Is there a well-known piece of literature or a famous film that folks might not realize falls into the realm of heroic fantasy / sword-and-sorcery? (And, if they did know it, might elevate their opinion of the genre?)

Adrian: Most of the heroic fantasy/sword-and-sorcery fiction and movies are pretty distinctive because of the magic elements, so there really isn't anything I can think of that people won't realize falls into that category.

To come out swinging on the subject, though, I've got to say that in my experience, most people who don't like a great S&S movie like Conan the Barbarian don't understand it — it goes over their heads. Or maybe I should say that, since they don't expect it to be anything other than mindless action, they miss the forest for the trees.

However, what many people don't realize is that heroic fantasy is just a 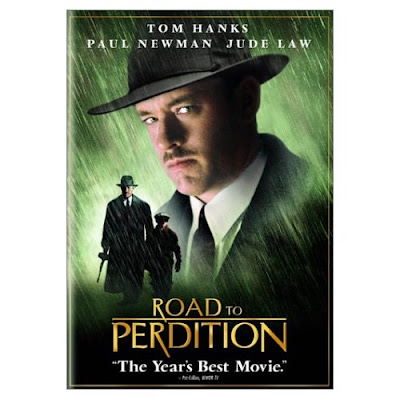 kind of sub-category of heroic fiction, and a lot of great, socially acceptable, examples of that abound. I just watched The Maltese Falcon, and it (and a lot of film noir) could be considered heroic fiction. Road To Perdition, too. If you took out the Italians and the Tommy guns, and replace them with Danes and broadswords, that story is straight out of dark-age Ireland.

Three O’Clock High, which is a great, underrated, late-80s movie about an average high-school kid who has to fight a bully, is also cut from that same cloth. It is one of those movies that is a black comedy with an almost Nordic patina to it — the kid is just fated to do this. And, if you don't like all the noir then let me throw out something with a little more color: The Warriors.

David: Yeah — if the book or movie has swords and fantastical elements like magic, and if the characters are larger than life or a bit over-the-top with dialogue, action, and bloodshed, then I agree most people will recognize the work as S&S or HF. Certainly all genre readers will.

While I agree with Adrian that heroic qualities are found in all kinds of disparate works, I still say there are traits distinctive to the adventure fantasy characters we like: an outward focus, a certain emotional coldness or callousness, big talk or grandiosity, and perhaps separatism. Movies examples are easy — think of Bruce Willis in the Die Hard movies. If you take away the guns and skyscrapers and replace them with swords and ramparts, then you’ve got a perfect heroic fantasy character and story.

Same goes for most westerns. Just about any of the Akira Kurosawa samurai movies could be heroic fantasy if there were sorcery involved.

Stealth heroic books are harder to name, but I might suggest Cold Mountain (let me stress book, not movie — the latter of which was a sappy mess) or Don Quixote or No Country For Old Men. If you enjoyed the main characters and narratives of any of these, you might enjoy reading sword-and-sorcery. And vice versa.

a) Our guidelines are specific and pretty blunt, so read through them. We put all our cards on the table right there.

b) Although it is better to be lucky than good, you have to good enough to attract some luck.

a) I don’t really have anything to add. Just read our guidelines and then a story or two on the HFQ site before submitting.

b) I suggest that writers find a way to get feedback on their writing. Everybody needs an editor!

Great interview -- thanks for posting it!

I just recently discovered HFQ, and I'm very pleasantly surprised (and impressed) by the quality of the stories there. I would like to extend my thanks to the editors -- a noble enterprise, and thus far, an excellent result!

Rilan - Thanks for stopping by, and for reading the interview. I've passed your comment on to the guys; they'll appreciate your kind words.